THE WHITE HOUSE
Office of the Press Secretary
FOR IMMEDIATE RELEASE
July 23, 2013

Statement by the Press Secretary on the Amash Amendment 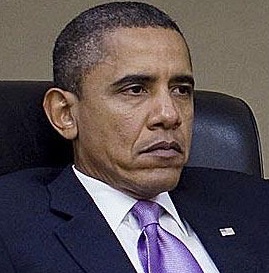 WH:”We’re against Amash/Conyers amendment because it’s not an “OPEN” process”(unlike what the FISA court & NSA do in total secrecy.)

In light of the recent unauthorized disclosures, the President has said that he welcomes a debate about how best to simultaneously safeguard both our national security and the privacy of our citizens.  The Administration has taken various proactive steps to advance this debate including the President’s meeting with the Privacy and Civil Liberties Oversight Board, his public statements on the disclosed programs, the Office of the Director of National Intelligence’s release of its own public statements, ODNI General Counsel Bob Litt’s speech at Brookings, and ODNI’s decision to declassify and disclose publicly that the Administration filed an application with the Foreign Intelligence Surveillance Court.  We look forward to continuing to discuss these critical issues with the American people and the Congress.

However, we oppose the current effort in the House to hastily dismantle one of our Intelligence Community’s counter terrorism tools.  This blunt approach is not the product of an informed, open, or deliberative process.  We urge the House to reject the Amash Amendment, and instead move forward with an approach that appropriately takes into account the need for a reasoned review of what tools can best secure the nation.