Extending for four decades now, the war on drugs has ingrained a certain ideology into society. What was sold as an initiative to get dangerous drugs off the streets has conceived a totalitarian mindset that government has the authority to control everything you eat and drink and, if you disobey, the state can fine you, destroy your property, raid your home and throw you in jail. I’m not talking about cocaine or meth. I’m not even talking about marijuana. I’m talking about milk.

According to Time Magazine , “for some Americans, milk has become a test of their freedom. And they’re not paranoid kooks either; the government really is out to get them, authorizing seizures of bottles and jugs of unpasteurized milk and, in one recent case, a full-on, agents-brandishing-guns raid.”

There is indeed a war going on, and it’s threatening one of your most basic freedoms – the right to eat a wholly natural, healthful food!

The FDA has long banned the sale of raw milk across state lines, and in many states it’s illegal to sell raw milk entirely. (For more information about laws in various US states, please see this link. For information about raw milk in other countries go here.)

Why has a natural food source been banned for sale in so many areas?

Well, they claim raw milk is simply too dangerous to consume and by restricting its sale they are serving the public health and reducing the risk of illness….

Yet shockingly there’s no evidence backing up this claim.

According to CDC data, from 1993 to 2006, only about 116 illnesses a year were linked to raw milk. That amounts to less than .000002 percent of the 76 million people who contract a food-borne illness in the United States each year!

Looking at the evidence, or rather lack thereof, it is quite clear that raw milk has been unfairly singled out and targeted by the FDA, the USDA, and even the FBI, despite the fact that it’s so low on the food-borne illness risk scale it’s hardly measurable.

The recent enforcement efforts against raw milk sales is so disproportionate to the risk it poses to consumers that it defies all logic.

Is the Ban on Raw Milk Unconstitutional?

The rebuttal received from the FDA was shocking to say the least. It contained the following outrageous statements, which make it very clear they believe you have   no right  to natural, unadulterated food:

“There is no absolute right to consume or feed children any particular food.”

“There is no ‘deeply rooted’ historical tradition of unfettered access to foods of all kinds.”

“Plaintiffs’ assertion of a ‘fundamental right to their own bodily and physical health, which includes what foods they do and do not choose to consume for themselves and their families’ is similarly unavailing because plaintiffs do not have a fundamental right to obtain any food they wish.”

The FDA’s brief goes on to state that “even if such a right did exist, it would not render the FDA’s regulations unconstitutional because prohibiting the interstate sale and distribution of unpasteurized milk promotes bodily and physical health.”

“There is no fundamental right to freedom of contract.”

With these assertions, the FDA essentially claims to have the authority to prohibit any food of their choosing, and make it a crime for you to seek it out.

This is simply unacceptable.

It’s essential to understand the reasons why most dairy is pasteurized in the first place.

The dairy cows used to produce much of the pasteurized dairy sold in the United States are raised in such unsanitary conditions that it affects the cows’ health and hence the quality of their milk.

Factory farming conditions are the reason why the milk has to be pasteurized in the first place. If it wasn’t, it simply would not be safe to drink. This fact is also what prevents the conventional dairy industry from competing with smaller organic farms.

In terms of quality and nutritional content of the milk, you simply cannot compare the milk produced by factory farms to that of organic farm that raise their cattle on grasses and let them out to pasture. These cows are healthy, and produce high quality, uncontaminated milk that does not require pasteurization to kill off dangerous pathogens.

Still, despite the fact that grass-fed organically-raised cows are at a distinct advantage, from the get-go when it comes to the quality of their milk, organic dairy farms in most states still must meet or exceed pasteurized milk standards, without pasteurizing.

California, specifically, (where raw milk is legal) has its own special set of standards for raw milk for human consumption.

So, if it’s not really about food safety, what’s all the hubbub about?

In a word: money.

The conventional dairy industry, realizing that consumers are flocking toward raw milk because of its health benefits, has redoubled their efforts to quench raw milk sales.

You might think that if raw dairy became attractive enough the dairy industry would simply follow suit and begin producing raw products to meet the demand. Alas… this is virtually impossible because of the way their overcrowded farms are run.

You simply CANNOT drink factory farmed milk raw. It would be extremely unsafe. Their business depends on pasteurization, and that is why their powerful lobbyists will stop at nothing to persuade government agencies to keep raw milk bans in full force.

Big Dairy simply cannot compete, so to maintain their market share, they’re employing dirty tactics to destroy the competition instead. 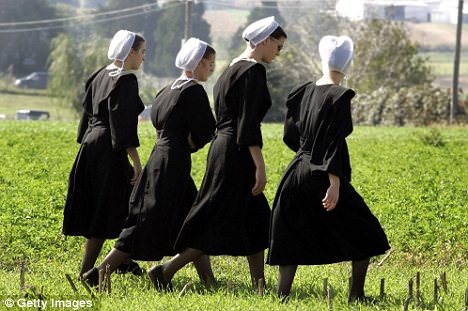 A yearlong sting operation, including aliases, a 5 a.m. surprise inspection and surreptitious purchases from an Amish farm in Pennsylvania, culminated in the federal government announcing this week that it has gone to court to stop Rainbow Acres Farm from selling its contraband.