Even as President Barack Obama tells the American public they are so much better off…it appears that the trajectory on the chart above is going down. 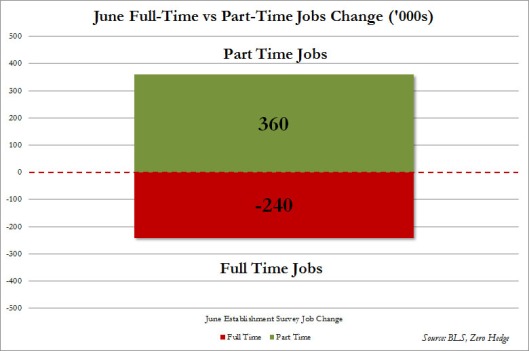 Imagine how much better this chart could be if ObamaCare wasn’t encouraging employers to hire so many part-time workers.

DEBT versus GDP. Since 2007 real GDP has gone up $500 billion while total credit market debt has gone up by $6 trillion.